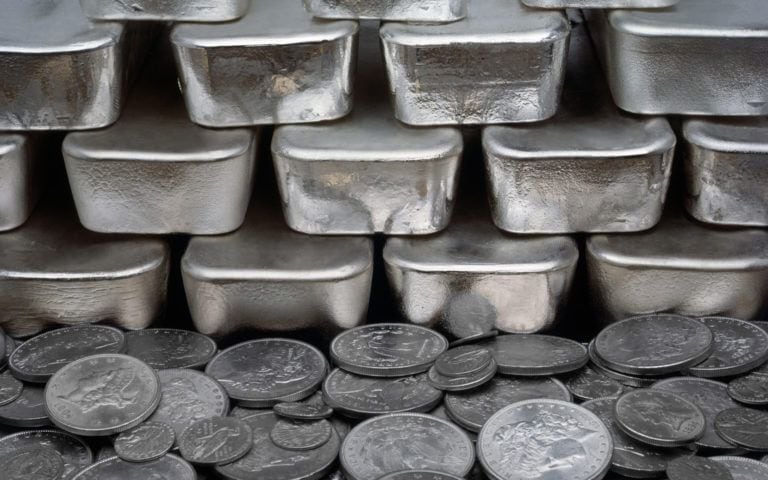 Since so many people commented and read our last email newsletter, I thought I would share some more fun facts about silver.

Between 1965 and 1969 it dropped to 40$ and nowadays silver consumption has outpaced output so less precious metal is used.

2. Ancient civilizations learned how to separate silver from lead around 3000BC.


There is an old method, called the Parkes process, which was used to separate silver (and gold) from lead. The argentiferous galena is first reduced to metallic lead, Then zinc is added to the molten lead, The silver is much more soluble in the zinc. The zinc rises to the surface, taking most of the silver with it.

3. Silver was mentioned in the Bible


I found over 100 references to verses mentioning Silver there. Check out this site if that is something that interests you...


But it was certainly not the first one. Back in the 15th Century in Europe, there was the Great Bullion Shortage. Mining and reclaiming used silver has remedied this to an extent, but you can be sure prices will continue to climb.

6. The Phoenicians stored water, wine, and vinegar in silver bottles to avoid bacteria contaminating the liquids.


As we learned last week. Silver is quite an anti-bacterial. As such its use as containers for all sorts of things from water to wine and vinegar showed how smart those old folks were.

7. Alchemists referred to Silver as "lunar".

They associated it with the moon, the sea, and various lunar goddesses.


She rose in a Silver Chariot through the sky shooting silver moonbeams to Earth with a silver bow.

I often just cruise the internet looking for interesting stuff and I ran across the above.


Until next week, have a lovely week.
Mary Elizabeth
The Jewelry Lady